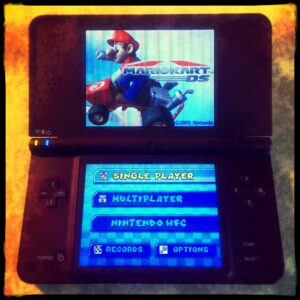 At the age of four-oh-something… I now own a second games console!

I’m not counting the Wii. We, that is myself and my wife have a Wii, however I think it’s been used as a cat stopping bung (Stopping the furry little buggers getting into an otherwise open hole in the TV unit) more than as an acutal games console. We bought it from our Son when he was skint or something, I can’t quite remember (Getting old am I?), around 2 yearsish ago. Anyhow, we have a Wii, but for this article I’m not counting it, OK?

So, at four-oh-something, I’ve gone and bought a second games console, the first being a Sony PSP, the second being a Nintendo DSi XL. I’ve had the PSP a few years – I first owned one in around 2004, but sold it around 2007, buying another off a work colleague in 2010/2011… Both were hacked, the current having a metric fuckton of games available. Despite having almost all the titles on the actual PSP disks bought off e-bay, it’s more convenient having them installed on a large memory card. Why Sony insisted on such a clunky format is beyond me.

I spent many a happy hour playing on the PSP, mainly in one of the various incarnations of Need for Speed (Which I originally encountered on the PC, back in the days when you had to have a second ISA addin card to enable proper 3d Graphics!)… The other game I played to death on the PSP would be (Of Course) Ridge Racer… Are you spotting a pattern here> Anyhow PSP – BRILLIANT little handheld console, fantastic graphics, and an expandable memory with the Sony Memory Stick things. back in the day, I did try make it do more than games, but there are better things these days!

Anyhow… second console at the age of four-oh-something I have gone and sought out a second console! I was talking to a colleague in work (Whom I’ve since given a good ribbing to), he mentioned a TV program in where a family were taken “back in time” and given only tech of a certain year to play with… There was a boy in the program who was given a Gameboy with Tetris, and was lost for a couple of weeks! So thinks I… I saw an old Gameboy Advance lying around in a box of stuff upstairs years back – so I went and found it… True to the memory it had a Tetris cartridge with it, and I had a go, and was promptly hooked again! Some games are just at home on specific consoles… I mean I have Tertis on the iPhone, and iPad, but it’s just not the same. BUT, the screen is small and dark – and hey, I’m old now, I can’t be doing with no tiny unlit screen… Hence the new purchase.

DSi XL… Yes I have a(nother) piece of legacy (Classic) tech – couldn’t wait to go buy from E-Bay or Amazon, so went into Cardiff the other day and got one from CEX for £45, which honestly isn’t that far out from the average on E-Bay… Plus they have a 2 year warranty. Games – I now have Tertis DS, New Super Mario Bros, MarioKart DS, and a few more. MarioKart. Where the fuck have you been all my life? I’m hooked. Fucking Nintendo, and my second console – fuck them all 🙂

Regarding the DSi in general – the graphics are lower res than the PSP, it’s larger than the PSP, and is generally slightly clunkier.

It does however have two screens, and the unique Nintendo usability and user friendly UI. The battery life, so far, is excellent. And it has MarioKart. Fucking MarioKart, it’s like fucking crack. MarioKart is low res, the graphics are nowhere near the standard of the NFS series or Ridgeracer on the PSP, but fuck, it has the gameplay above and beyond.

Whilst I’m hooked on MarioKart DS with the intensity of a junkie in the first stages of addiction, my Wife had gone all retro also, and charged up her aged DS Lite, again with Tetris… Spectrum HoloByte has a lot to answer for!

The closing comment is. It’s all about the gameplay, not the graphics.

… If after reading this, you really want a quick fix… You can play some of the TetrisGold from 1993 right here!

This is going to be a general catchup – an overall State of the Spabbit address. 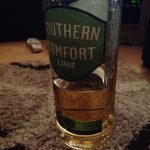 Heatlh: The back is still aching, however I have most functionality restored, I think this has been helped by the Gel from the doctors yesterday, plus the 800mg of Ibuprofen taken every fours for the last 20 odd hours. Looks like I may have been wrong to stay off the pain-killers. Meh, live and learn, or you don’t live long 😉

Did I mention Southern Comfort? I think the Comfort has helped a lot too…

Tech: The Ubahputer My Wife bought me some time ago is still continuing to amaze me as to what it can do, and how fast! Playing a lot of games over the last couple of days (Played a shitload of WoW today!), whilst I’ve been home on the sick – it’s played each one without breaking a sweat. Mind, 8gb ram, 13 tb online storage with 100% off-site backups, and an 8gb processor plus kick arse video card… 🙂

It looks like the GLITCH replacement Children of Ur is coming along very nicely, they’ve even managed to save the old setups for the the chars we all used to play! I so cannot fucking wait for this to be complete. I will give them money. PLEASE HURRY and bring back #Glitch! 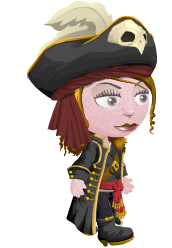 Regarding the mobile tech – I’ve decided to hold back a little on iOS 8, I think I’ll wait perhaps a month until the first bugs have been ironed out. Talking of the iPhone, I had a cleanup this afternoon, and managed to fix the photostream whilst I was at it. Slightly smug and pleased!

Family: All is good. The Ginger Son has performed most of the pre-marriage stuff which he really needed to do, the rest is all fluff. The Granddaughter is going to be with us on the weekend, for the night on Saturday – good to give the Giggles a night off, I know she’s not been sleeping well at the moment. My Wife is happy, I think she is a little smug and gloating about the entire new bedroom we’ve managed to put together (Mind, it has cost in excess of £1,300 – money well spent though!) – and I’m with her 100% on it 🙂 The Parents are in the throes of moving, and so long as they don’t bother me for the moment, I’m happy with them, and for them! 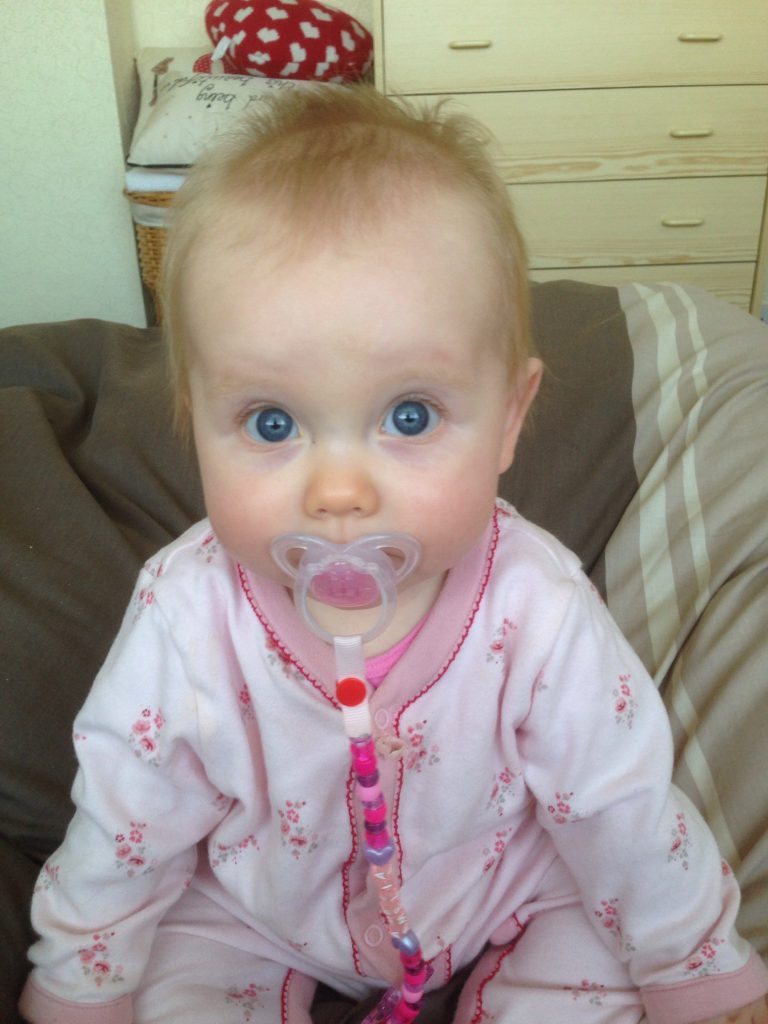 Food: We HAVE to stop with the take-outs, it’s almost 4 out of five meals at the moment is either a Chinese, Indian or Kebab!!! Doing good – yesterday: Chilli, today: Lamb Steaks and fries. Don’t know about Saturday, but on Sunday My Wife is doing a family meal – roast – don’t know what roast, but a roast. See if I can persuade myself to cook something tomorrow as well!

Work: Apart from the fact my manager is getting made redundant a week today, and there is a massive reorganisation within the company, all is surprisingly good. If I can just get a successful handover with the new manager (Who hasn’t even been recruited yet!!!), and get my end of year grade and bonus…

Media: We’re close to finishing off the second season of Graceland, really enjoyable and gripping series – went through both seasons in a matter of a couple of weeks regular viewing time. I finished off Extant, which is a show around an invasion by evil space-spores, starring Halle Berry. Some great ideas in the show, and whilst this could of died in the middle of the run, the whole thing managed to keep my hooked right to the end, well recommended.

The next thing we’ll be watching together will be season 2 of Under the Dome – we’ve both been waiting for this season to finish screening so we can do the back-to-back episode run thing – can’t bloody wait!

Just a quickie between everything else will be Chasing Shadows, looks like an alright drama from ITV (It’ll do whilst we’re waiting for Scott and Bailey to finish off screening!)

About the only thing we’re watching on a weekly basis is New Tricks, I think we’re in season 11 at the moment – bloody long lived for a drama like this… The thing is, I think this will be last successful season – the reason I say that is a radio-announcement today that the one remaining member of the original cast, Dennis Waterman, is leaving :-/

… Thus, The State of the Spabbit Address is concluded

So, took today off work on the “sick” due to the bad back. Fucking back kept me awake half the night again – I stayed up later than usual yesterday, until around 23:00, managed to get a couple of hours in, but woke up numerous times in the night. I was awake at 04:45 again, and stayed awake! My wife nailed my night when she txt me this morning, she noticed quite a few “fucks” last night… “Fuck” when I woke up swearing under my breath!

Anyhow, I’ve largely being making the effort to do jack-shit today – harder than you might imagine, considering the fair amount of activity of the last few weeks. Played a few computer games (Whilst sat in a very good chair!), WoW, Omerta – City of Gangsters, Plants -v- Zombies; also watched some TV – The first episode of the new Bad Education – always funny, a motorway documentary which I thought would involve some cops – it didn’t, and finally a movie The Edge Of Tomorrow. The movie, whilst having the nutter (Cruise) in it, was amazing; despite him being a nutter, he is still a damn good actor and managed to carry this movie through the parts which should have been slow and a turn off, into a successful and exciting end. I’d been debating around watching this for some time, however I’m glad I did.

My Wife will be home from work soon, so time to go order a kebab and perhaps prepare to settle down for the night with some liquid anaesthetic to soothe my entry into what-I-hope will be a decent night’s sleep, the first for a while. Will still call in sick tomorrow, just to give the back a little more recovery time.

Every day I see offers for games, be it on the Apple or Google App Stores, or via Facebook or Steam… Really nice looking games; one fault – PvP. I don’t mind a little competition, say a league table, or some competition for limited resources in any given game; I do mind PvP.

I work for a living (Therefore have money to spend on games!), I don’t have the time to sit around all day and night guarding whatever I’ve accomplished in game from some doleite-scum who just sits there 24/7 and does nothing else.

I want a quiet relaxing experience without being on the edge of my seat that some arsehole with more time to burn than brain cells will come in with zerg-like force and nuke me from orbit.

I would willingly give money to purchase some of the titles I’ve seen recently, however I’ve not because of the forced PvP elements. FFS, Game-Makers – get the whole forced PvP thing out of your systems, and at least give your potential customer’s a choice of getting nuked by some doleite-scum or script-kiddie.

Yours truly,
A potential (And currently pissed off) customer.