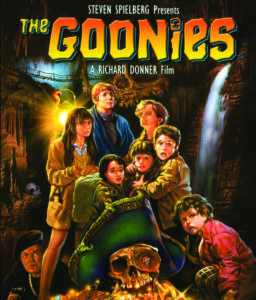 This review covers off The Goonies, from good old 1985, the year when everything was just shiny for my very much younger self. I know this movie has been reviewed thousands and thousands of times, but it is in my favourite movie collection, and still a movie I find enjoyable right into my 40s! Thank you, Richard Donner, Steven Spielberg and Chris Columbus, you crazy bunch of geniuses!

The Goonies was something we all wanted to go through in childhood, back then when I was the same age as the main characters in the film, I would have given just about everything to have had their lives, their adventures; I also think I’m not alone in my feelings 🙂 I mean they had such cool stuff, cool friends and cool adventures – if their characters had been any cooler, they’d have frozen solid!

The whole movie is simply iconic for my generation, we all dreamed of having those lives and adventures, not just the once either – with every viewing of The Goonies, you wanted just a little more. Right from the opening scene where you see one of the bad guys escape from custody by faking hanging in a cell, it sets the pace for a glorious adventure of epic proportions for young teens, and as said, it does stay with you as a favoured memory for life 🙂

The plot of the movie is basically a bunch of childhood friends who embark on the adventure of their lifetimes, running away from, and sometimes getting captured by the bad guys, and chasing pirate treasure with the help of an “X Marks the spot” treasure map! The adventure takes them deep underground through a hidden entrance in the basement of a creepy diner, occupied by the bad guys. Aside from the adventure and action elements of the film, there is plenty of character depth and development, well from a adolescent point of view. We see the characters in the movie slowly realise through their adventures that there are things bigger than them, their friends are truly valuable, and that history can be really cool.

Apart from the actors in the movie, who are all amazing, the shooting locations are stunning – I’ve have given anything to have gown up in such awesome surroundings! I believe the majority of the coat line filming was done on location in Oregon, however apparently this was actually some distance from the “location” of Astoria. The final outdoor scene where the ship is launched was an exception to Oregon and was actually filmed in California.

And the set… Wow! To this day the set still blows my mind, from the creepy diner, to the subterranean caves and passages, to the final high point in the film – the pirate ship and the cavern where it was berthed – they were all awesome settings, completely believable at the time, for the target demographic. The highlights for me were the bone-organ chamber, the water slides, and of course, of course… the pirate ship!

Here’s a trailer for The Goonies I found lying around on Youtube… If you spent the best parts of your childhood in the 80s go watch this movie again, and relive those childhood memories and feelings. Don’t delve too deeply though, the next thing you know you’ll be wanting a Sony-Walkman, complete with Hits 85, Huey Lewis and the News, and maybe Cyndi Lauper, after all We all just wanna have fun… 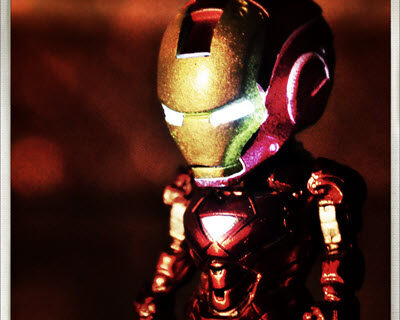 Party out of bounds!