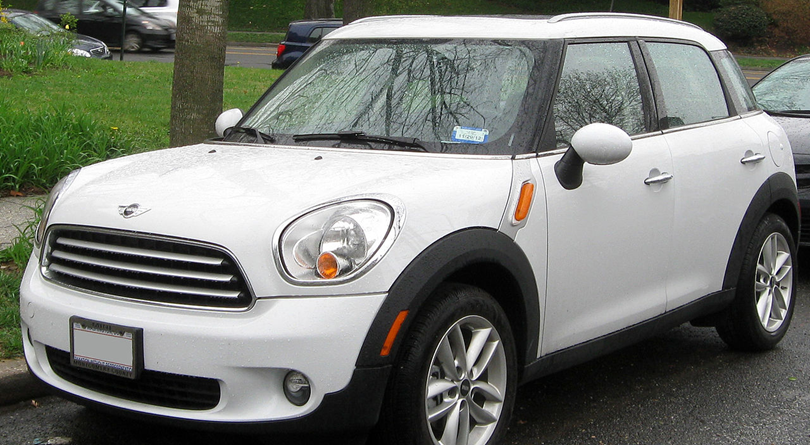 Just fucking don’t. These cars are a massive mistake which shouldn’t be repeated. Yes this is a rant. Yes, I’m bitter.

I’ve just exited, stage-vauxhall, from a toxic 2.5 year relationship with a 2012 Mini Countryman Cooper-S. Don’t get me wrong, it was a sexy minx of a turbo-charged car, great looks, fantastic performance when not driving like a pussy… but as with most sexy minx profiled objects in life, it came with a giant slice of super-expensive-psycho-pie.

I have had friends attest to the reliability of BMW based cars, but for me, fucking never again. Beautiful to drive, but will surely turn around and stab you in the heart, just because. So fucking expensive to maintain, and things will go wrong… high pressure fuel pump, coils, temperature sensors, door seals, sils, head-gasket… you fucking name it, that car fucked me with it. Great looking cars too… most of them are an 8+… but seriously, unless you have reached the socio-economic status where you have a large collection of fucks which you deal out with abandon, just don’t.

The party piece of the Mini was the swimming pool… WTF? Yes, I said “swimming pool”. Who the fuck in their right mind makes the floor of a car three+ inches deep beneath the floor you can see, creating a massive void full of foam? Fucking BMW… What a cluster fuck – if you have a dodgy door seal, and there’s a leak, the water won’t just collect harmlessly in the foot-wells – it will take on the best character traits of an insidious mega-villain, and seep into the foam void silently fucking your life and finances over. By the time you get a hint that something is wrong, it’s all over… £2600 to fix this gem. It’s not only the door-seals – the sills can become blocked up and feed water into the psycho nutjob of a car.

Whist the relationship was exciting – I mean as a turbo-charged psycho of a car – it tried to kill you on a regular basis, and like the euro-fighter-jet, it required constant attention, and gave thrills untold – the exciting relationship turned sour, sucking the enjoyment of driving like a hungry void. So, it’s over. I remember the good times, and still lick my wounds from the bad.

Burn in hell, you psycho-fruitcake-bitch of a car.

I now drive a Vauxhall Astra. It’s a great car, it’s the car in the butter-zone of relationships, the car you marry, the car you can have a long life with. 4 out of 10 on the psycho scale, 8/10 on the hot scale, and won’t turn around and stab you just because. Enjoy life with an Astra, have almost as much fun as with the psycho bitch car, but so much less stress and so much more enjoyment 🙂