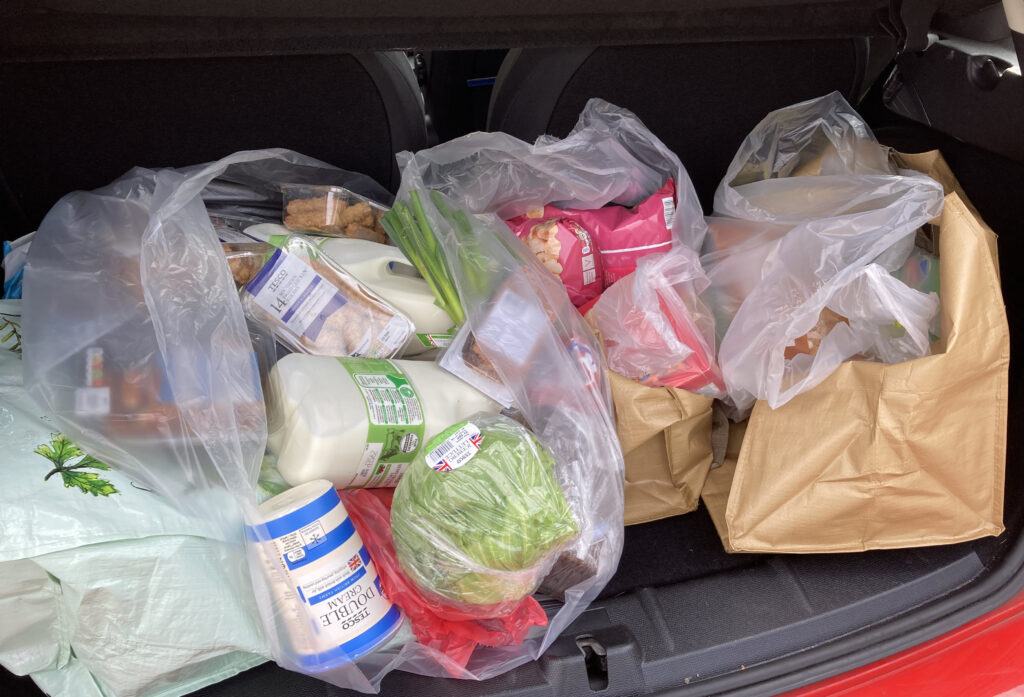 So… We’re in local lockdown again due to the mismanagement of the country by the government. Everyone is using click and collect, or delivery – it should be a well oiled machine now – well #Tesco managed to fuck this all up royally. This is my recent experience, and my opinion:

Turn up for a two hour slot, I was a few minutes early.

Wait in my car for 45 minutes past the start of the two hour slot, in this 45 minutes, a queue of around 15-20 cars build up behind me – this queue is stretching to the car-park entrance where people are turning around, and not even entering the main store (Despite there being lots of capacity). So for those math-heads, that’s a 37.5% delay of the allocated two hour slot. When I turned up, there were 4 cars – at around 3 minutes per car that would have been a 12 minute delay at the start of the queue, should everything have been working – 12 minutes as opposed to 45.

As I’m at the head of the queue, I can see what’s happening. The Click and Collect station being manned by 2 overworked Tesco-Peons is way behind, so much so that they’re dragging massive towers of crates over to the station for those 40 minutes. So problem number 1: Understaffed station – the management obviously think this is acceptable, and they’re paying for it, as now nobody is getting into the store – turning around at the car-park entrance.

Now, I know the two Tesco-Peons are overworked, but I honestly think at that point in the day, the field in which they grow fucks had gone barren. I’d prepared two massive CostCo bags in the car, so when they opened the boot, all the Tesco-Peon had to do was deposit the bags (The massive ones, the size of the collection crates) into the massive CostCo bags – easy, right?

No. Zero fucks given. The picture on this article was what I encountered when opening the car. Seriously, Tesco?

Your Click and Collect system is in a chaotic state of failure, your staff are overworked and underpaid. You’re paying for it as people can’t even get into your store in this example. Give the station another staffer, relieve them every now and again, give them free snacks and coffee. Look after your staff, they will look after the customers, everything will flow smoothly, everyone will be happy.

As I think of it, there is also a safety issue here: The two overworked and underpaid peons on the station (And I suspect the staffers before them) couldn’t keep up with the work – this meant that the chilled products supplied were exposed to higher temperatures than expected at some point(s) in this process, so I don’t even trust the best-before dates on the packs – they were already staring to blow as as a result of bacteriological growth.

Allocate capacity according to resource availability – if you can’t keep up with the promises you’ve made, then simply don’t make them, and articles like this won’t exist, and neither will pissed-off customers like me. Ruined my day, what should have been a pleasant 15 minute round trip for me, turned into a frustrated hour, where I lost all trust in #Tesco.

Disclaimer: Don’t let this put you off Tesco, this is 100% my own experience and my own opinion only. Go google them and make up your own mind.

//EDIT: Here’s a link to a previous Spabbit article on the futility of complaints to a Supermarket in the UK… To this date I’ve not had anything back from any of them since 2016!