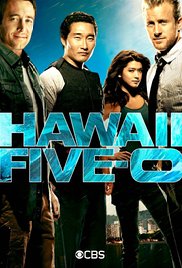 Gotta say…  I’d not paid attention to this when it was originally out in 2010, but am now four episodes in, and it’s fucking awesome!

An action cop show with just about the right level of humour and suspension of reality to be very fun and engaging.  Also, I so keep on recognising cast members from other shows… So far I’ve seen “Boomer” from the re-imagined Battlestar Galactica (I mean this girl was HOT back then!), plis Hiro from Heroes!

This show is a winner, and still screening, 6 seasons on…  For once IMDB have it right, with a 7+ score from 44k+ votes 🙂

Just watching an episode now, whilst typing… And best quote ever… “You have aneurysm-face” LMAO!