Skip to content
This article has been prompted by the BBC News Story EBook piracy sites to be blocked by UK net providers.

The BBC, again, have been very helpful in pointing out sources of media which we don’t have to pay for. Prior to this article I was blissfully unaware of the sources of free shit detailed in their piece. The UK government and the grand old houses of media publishing are determined that we all keep to the capitalist ideals of giving huge amounts of money to the middle man, and as such are vigorously engaged and entrenched in the war against free shit; what these monkeys don’t realise is that getting past their blocks is almost child’s play.

So, I’d like to thank the BBC for the opportunity to plunder a huge store of media (Not that I would, that would be illegal, or course).

It’s a useful resource, I dare to say that I’d find works on those sites listed which I would otherwise struggle to find via more legitimate means… That’s the problem with the middle men who like to control what we all consume, they control…

It seems all governments, all civil servants (Read: Civil Masters), which we in the West have elected (Supposedly), are doing their best to control society and preserve the status-quo of the rich and powerful. Until now, I would have been hard-pushed to accept I’d issue such a statement, after all, at this stage of my life, I’m hardly poor. 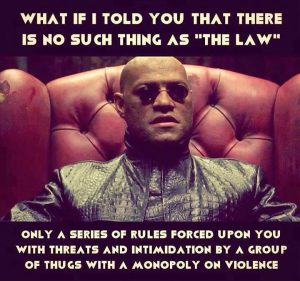 The recent developments in governmental controls increasingly prompt me to rebel, to become a Civil Disobedient – that term in particular strikes an odd cord within me, it implies that I have bowed my head to these Civil Masters, and signed an unwritten contract to abide by their laws. Speed Cameras, Car Tax, Tax on the Tax, Internet Filters, Tax on the money we’ve already paid Tax on… Fines for taking your own kids out of school at a time of your choosing… Society is becoming a death-tap maze of our own making. I can’t remember where I heard it, a statement of our existence today, something along the lines that we exchange time for tokens to continue exchanging time for… Quite accurate. Makes me want to break free and get more free shit 🙂

So as a Pastafarian (Not that I need an excuse), I’m going to raise my jolly-roger, and keep it flying where ever and when ever possible… Arrrrrrgh!

Welcome to the moment in between the moment, the one where you experience some of the flash thoughts above, but don’t explore them…

The Dawn Of Summerhill.