Yes. Me, one of the most ardent and militant atheists you’ll ever likely meet (Or not).

I’ve found the perfect religion… The Church of The Flying Spaghetti Monster. Sacred things: Fridays, a stripper factory, and a beer volcano; and you don’t even have to believe. So… I thought “Fuck them all”, those child molesting abusing scum-vermin (Commonly known as the clergy) with their special rights and considerations in society (Blind as it is)… I have the same rights… LMAO. How’s that for sardonic?!

However the difference is I’m doing it to be the exact opposite reasons and rational, and to make a point how worthless the whole thing is. I’m an ordained minister… yet… get this – I’m choosing to be a part of an organisation which is opposite to religion as we know it – no deaths or hurt or harm in the name of this one, no children abused or raped, none of that shit! Just a good time with a stripper factory and a beer volcano!

So, again my point is proved – I’m choosing not to belong to an abusive organisation soaked in the blood of the ages – if you could reason with the religious, there wouldn’t be any! 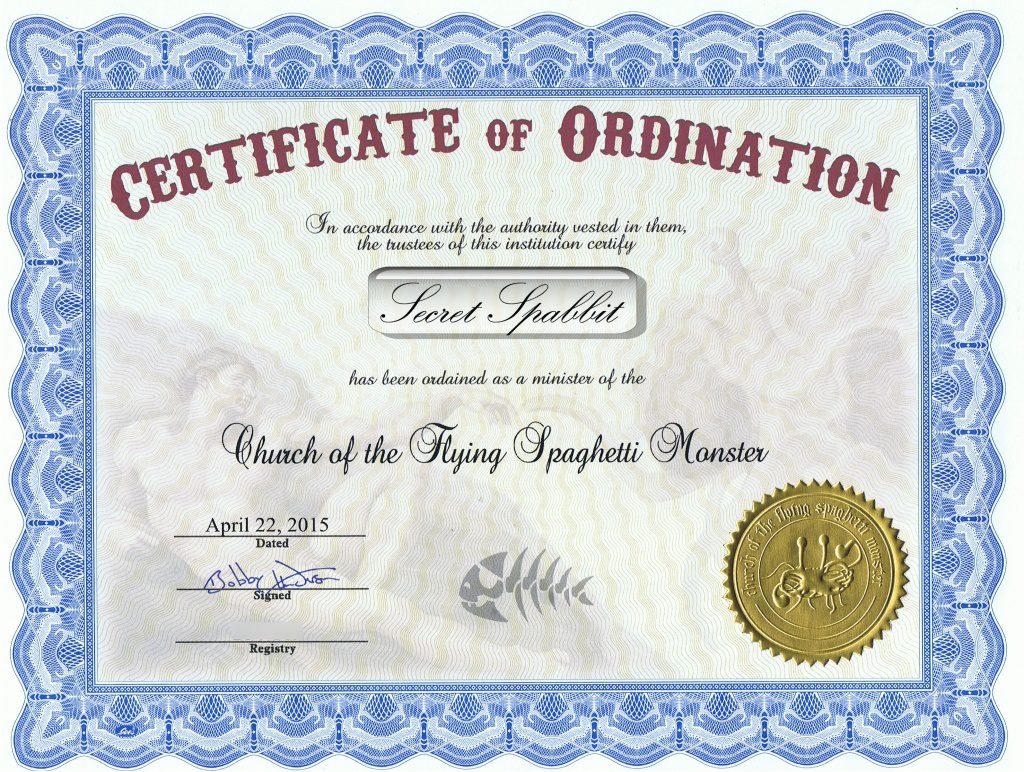 (Yes, I’ve edited this one, you think I’m going to give you nutters my real ID!?) lol.