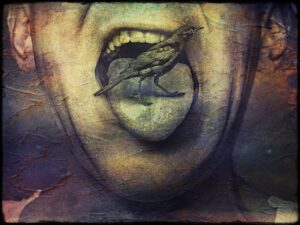 Rantlets – don’t you just love a good rant? Well, here are some mini rants – Agree or not, at least have a laugh, you twisted little bugger.

Just as a strict disclaimer… If you’re offended by this, assuredly none of the below (Or anything on this site) is targeted at you as an individual. Nothing here is anything-phobic, or rasist, or anything baring a good rant and dark-sardonic humour. If you don’t like industrial level swearing which would make satan bush, then scroll on by and don’t whine that you weren’t warned. If you’re offended, scroll on by and enjoy your life. If you laughed at this article – I like you 🙂

Motorists going too slowly and using the line “It’s a limit not a target”. You worthless condescending bastard-cunts, when you’re all in a hurry, I hope you get stuck behind an even more useless cunt! Seriously. The road is straight and clear, you’ve a queue of people behind you, and you’re doing 50 in a 70… WHAT THE FUCK IS WRONG WITH YOU? You are universally hated, the scum of the scum, not even cockroaches would piss on you if you were on fire. Speed the fuck up, or get off the fucking road. You’re welcome for this clarification – think of this rantlet as a public service 😉
​
Fucking speed cameras

Now here’s a subject which could have an article to sprawl all over, yup that s p r a w l motherfuckers.

You can safety all you fucking want, but the fact is, two foot from the camera all those fuckers are just gonna speed up again, zero impact apart from wasted fuel speeding back up again. (Definition of irony: An environmentalist who supports speed cameras)
People watching speedos more than the road… blah, the list is endless! And don’t even fucking start with the line “It’s not there to make money”… The whole of Humanity know that’s a dirty fucking lie, it’d be like saying that religious abuse was for the benefit of the abused. They’re all fucking cash cows.

Put it this way – half of them, especially the mobile variety are stealthed – if the idea was to slow traffic down not make fucking money, then there would be warning signs for miles saying “Slow the fuck down, it’s an accident blackspot (Really due to speed this time, honest)!”. There are other ways of making the roads safe by design… Fucking scamming bastards – just be honest and say you’re cunts just because!

Hats off to those Froggies with their yellow vests… go burn those fucking abominations!

And fucking speed bumps? I mean just what the fuck. Ruin car suspension, cause unwanted noise, use more fuel, and cost lives.

What happens during the slippery winter when an ambulance or other emergency appliance can’t make it over the fucking humps? What happens when the TWOKers are speeding down the road having a jolley in your stolen Fiesta, not even giving a single hint of a fuck about the bumps? Y’All – muthafuckers are gonna die!
/breathe
​
Inability to drive in adverse conditions

Cunts who can’t drive in the rain or snow.. 30 mph on the fucking M4… Rant rant ranty rant! Seriously. Drive with sense, give some fucking thought to how you manage risk – invest in some decent fucking tyres which aren’t part-worn pieces of crap. Winter? Go buy some fucking all terrain tyres and be a responsible motorist. Don’t be a cunt! 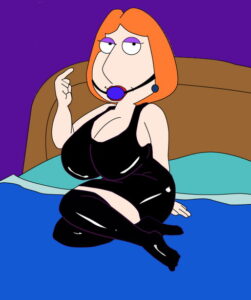 All this shit “Grinds my gears” as Peter Griffin would say (And on another subject – Loes is fucking hot!) 😉
​
​

The Matmos Loves You