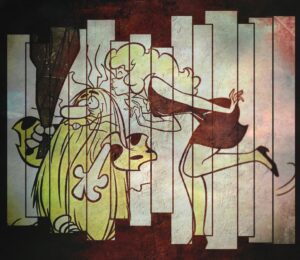 Recently something smacked me in the face so hard as to knock me into next week. Yup that’s right… fucking time travel, motherfuckers. Only this isn’t the nice kind of time travel where Doc Brown and a mongrel of questionable origin is awaiting you with a nice warm amplifier. This is the kind of time travel which makes reality movies about the collapse of civilisation look like a fucking cartoon. This is getting old(er)…

So, as I was saying about the knocking and next week. It’s next week, and I’m old.

So getting older. In my imagination I can see a bold figure clawing away at the walls of life itself, whilst being dragged kicking and screaming into the eternal darkness, all the time screaming like something more wild than wild. Reality: Everything fucking hurts.

You know the worst part? I’m not evening fucking 45 yet, and I might have the best part of another 40 years doing this shite. Still, I’m a cheap date now, and by the time I’m much older I’ll be able to get off on a whiff of perfume 😉

Oh, and you people in your 20’s and 30’s reading this – you’ll all think that this will never be you. HaHa!