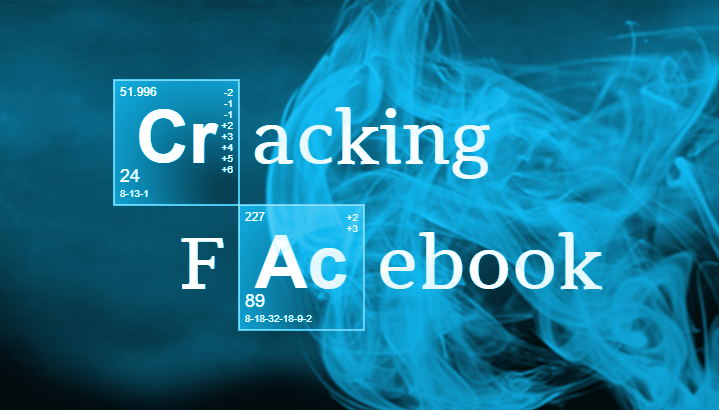 Around a couple of weeks ago, I had a moment – the moment was a realisation that I was hooked on something, and just like any addict, I just couldn’t leave it alone. Now I’m not your typical person in regard to addiction – I can stop and start both alcohol and nicotine on a dime, as the Americans would say. Yup, very true – friends, colleagues and family all call me various names for my ability to go cold turkey and not turn into a raging monster (Then there’s the other side where I start up with no ill effects!).

Anyhow, despite my lack of traditional addiction, in the moment, I realised that Facebook was an unwelcome intruder in my mind, every five minutes whilst watching TV I’d be on the endless scroll quest to get yet more crap. I’m particular in the crap which flows in – for example, I don’t watch adverts on TV, and try to limit my news intake. Yet despite everything there was Facebook – even saying “Facebook” sounds like some kind of dirty word now.

At first the revulsion was so bad, I turned off my devices and left them in another room. If I was going to go cold-turkey, I was going to do it full-bore. I managed to make that last most of a weekend, and then I had to re-join the connected-world (I work in I.T. and it’s kinda expected that you’re online 24*7). Even now, getting connected to the News and the world still gives me a mental twitch which I can’t shrug off. I’m conversant with the sardonic nature of recording these thoughts and posting them online – it’s like a great big dirty burger of filth, demolished with gusto, coming back with that sick sinking feeling of “What have I done!?”.

Can I escape Facebook completely? No. The insidious Facebook has managed to weave itself into minds and hearts like some kind of meme-virus. The insidious Facebook had managed to integrate into modern society, it’s truly the electronic equivalent of a symbiote. Instead of a community notice board for my area, there is a Facebook Group. Instead of a buy and sell board, there is a Facebook Buy & Sell Group. Instead of phoning up the local authority, they’re on Facebook, posting official notifications for the masses to digest. You get the picture – Facebook has a Face-Tentacle in everything everywhere.

Where am I left now? In Face-Limbo.

Money is a powerful aphrodisiac. But flowers work almost as well.