This is a follow-up on The article High Functioning Anxiety, read that one first!

So here are some notes for the non-abused, non-sufferers of anxiety…. If you have been around abuse survivors or those with anxiety, you’re probably under the impression you know everything and you’re not adding to the situation…. News flash – you probably don’t know shit, and you probably add to the situation with an astounding level of ignorance. This article isn’t penned to make you feel bad. This is to tell you things that the abused and anxious can’t tell you, because they’ve been abused and or suffer from anxiety. Just because we can sometimes say ‘stop’ doesn’t mean we can all the time – it’s so incredibly hard to do so, sometimes it’s just outright impossible. So read this, take it in, and be aware of your actions, and become a better human!

Oh and if you think you understand one person’s anxiety, you probably have a loose grasp of it, and you’re certainly not able to understand another person’s without going through the in-depth and painful discussions again and again – there are depths to this you can’t even begin to understand, so shut it and listen should that person have the guts, and trust in you, to say something to you – they’re being braver than you’d ever likely imagine.

If a person is aware enough and has the guts to tell you ‘stop’ if you’re setting off their trauma / PTSD / anxiety…. Then shut the fuck up, go away, and later on, in small bites you might possibly continue a discussion when everyone is calm. You also need to unreservedly apologise. The absolute worst thing you can do is double down, issue rapid fire questions or accusations, shout, or continue your (at that point) fucking assault. A person suffering your continued assault will either break down and say literally anything to get you to shut up and go away, or they will react with a life is ending ferocity which may be interpreted as ‘getting incredibly defensive’…. Yes, they will be defensive as you’re assaulting them, triggering a life-in-peril fight or flight response. If you’re still going, then you’ll be a sub-human monster – be fucking ashamed of yourself.

Do not at any point even consider saying to someone that they’re hiding behind ‘mental health’, or pulling a ‘mental health card’ because they’re saying ‘stop’, or otherwise asking you to back off – YOU ARE COMMITTING ASSAULT. Stop – shut up – go away – apologise for being a sub-human monster. If you’ve already unleashed that person’s flight or fight response, then you’ve already failed at being a decent human.

NEVER assume to tell a person what they’re thinking, what they’re doing, or what their attitude or aims are. You’re not them, you don’t know, and you certainly have no fucking right to do so. And that’s also known as Gaslighting. Apologise for your abuse and go away.

If a person (who by that point you will have assaulted) is becoming visibly or verbally upset, then stop, just fucking stop!

So afterwards… If you’ve assaulted someone, and they haven’t been able to muster the guts (due to their history, and your assault) to say anything to you – that person will likely become quiet, withdrawn, will certainly not trust you, and will sometimes completely withdraw from your life. Look for the signs, and if you’re lucky you’ll have a slim chance to apologise and maybe even patch things up. You are the bad person in such a scenario, be in no doubt about this.

NEVER come at someone out of the blue with an accusation or a ‘you should’ with rapid fire questions and expect an immediate answer. Your victim will immediately bite back, or crumple. There is no in between for that person – they’re not the same as you – they need calm, preparation and enough time to respond calmly. Don’t fucking pressurise them! 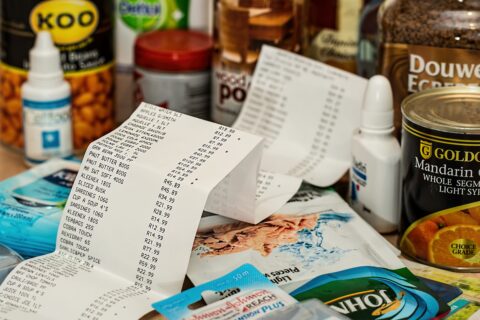 Me and a gun