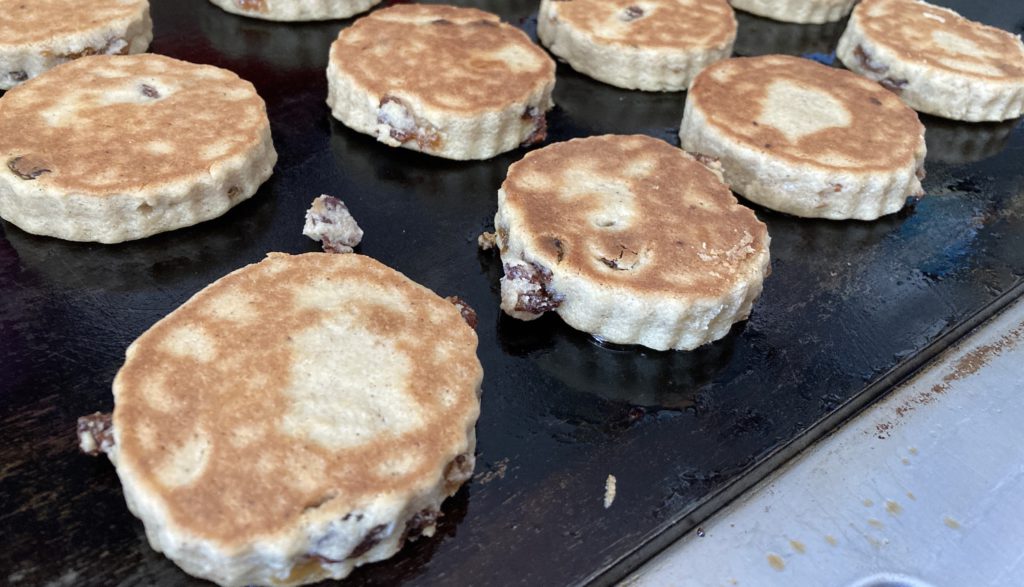 This is my slight variation on many of the Welsh Cake recipes which can be found on the interwebs – it has been tried, tested and approved by many hungry people 🙂 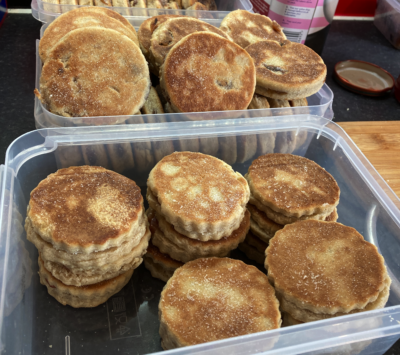 The ingredients here are a guide, refinements can (and should) be made to your preference – this is just to get you into the target zone, items can be swapped out, examples sultanas for desiccated coconut; leave out the sultanas adding in an extra egg and more baking powder for a thicker cake / better rise – slice them in half and spread jam in the middle!

If they come out too dry, add more milk into your recipe next time.

The spice Mace can also be used, however this is sometimes difficult to get hold of. Don’t be afraid to use so much spice – they’re supposed to be tasty, not bland 🙂 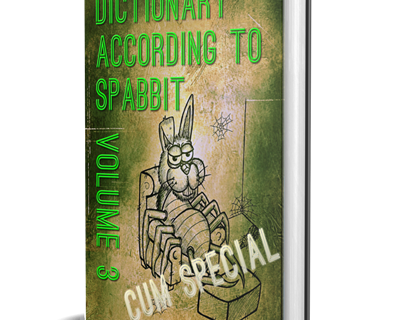 Come, walk with me…